Why video works… Part 1 of 3 | Video is visually stimulating.

Vision is the most well ­developed sense, followed by auditory, then touch, smell, and taste. Why not capitalize on our most developed sense by using video to convey a message. The great thing about video is there’s usually audio with it. Meaning we can use our 2 most developed senses to capture our audience and inspire them to action!

As humans we pay attention to motion. It’s who we are, it’s our DNA, it’s a skill we have always used to survive. That is why videos are 12 times more likely to be watched than text is to be read.

Humans are visual, we can get a sense of a scene in 1/10th of a second. Take a look at this image for example. 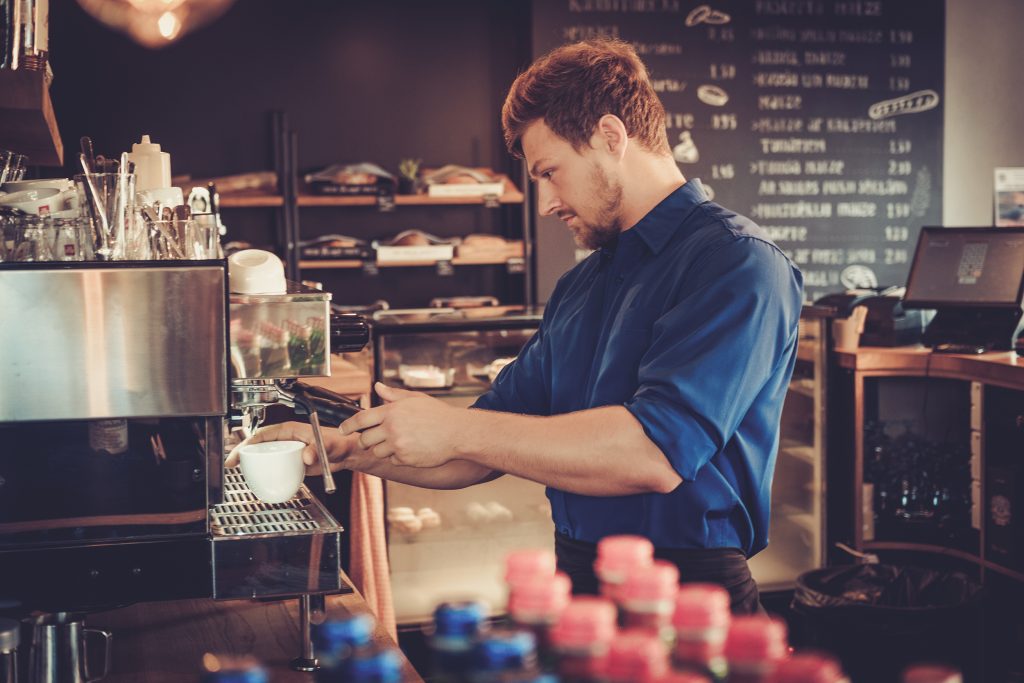 Once looking at it you know exactly what is happening. The look, feel, atmosphere and even attitude of the shop. But imagine all the words that would have to be written to describe it. You know what never mind. We’re visual! Let me show you all the words I used to describe the picture.

You can almost smell the rich aroma of fresh baked bread, steamed milk and hot coffee oozing from behind the counter. It’s a warm inviting space with a clean and trendy look to it. A man who is laid back and relaxed works there. He is steaming milk in his brown apron.

I could keep going but you get the point. There are lots of things in the image I didn’t touch on. Which is why I’d rather have the image.

Ok so quick recap. We’re visual beings. Vision is our most used and well developed sense. We’re wired to pay attention to movement and our eyes can capture the sense of something we look at in just 1/10th of a second.