Google was originally a misspelling of a word that already exists in the dictionary: “Googol.” A googol is defined as a very large number, specifically 10 to the 100th power. Googol was supposed to be a name that would be indicative of the titanic amount of information on the Internet that the company sought to organize. The misspelled domain name “google.com” was still available, so the company settled on “google.” Now, both words are in the dictionary, but most consumers only ever use one. 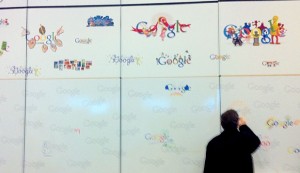